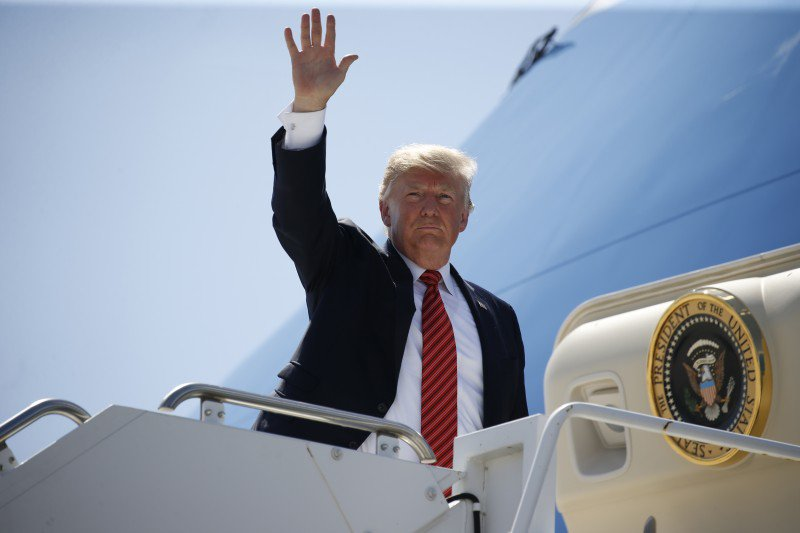 Alexandria, VA (August 29, 2017) Political courage is hard to come by these days, particularly when one considers the highly polarized nature of Congress. Fold in a healthy dose of Republicans still wary of signing on to anything supported by President Trump and it’s nearly impossible to find an issue that enjoys broad congressional consensus, much less one that can actually pass the House and Senate.
But every now and then, something comes along that possesses the essential trifecta of elements for legislative success; it’s morally right, fiscally smart and enjoys wide public support. These are the ingredients not just of good policy but also of good politics. One such issue is the abolition of the death tax.
Some Members of Congress get this. House Ways and Means Committee Chairman Rep. Kevin Brady is perhaps the most vocal advocate for abolishing the death tax. Representatives Mac Thornberry, Sanford Bishop and Kristi Noem have also staked out strong positions on the issue along with John Thune in the Senate.
Aside from this handful of champions, a lot of Republicans seem reluctant to push hard for the abolition of this tax. Some of them are doubtlessly concerned  with being attacked by the opposition as wanting tax breaks for the rich. It’s a bogus, thread-bare argument but with the mid-term election season just around the corner, some in the GOP appear worried about it. They shouldn’t be.
An April Ipsos poll for National Public Radio showed that 76% of those surveyed support abolishing the “Death Tax.” Just to put that figure into context, a July poll from the University of Massachusetts-Lowell Center for Public Opinion shows that 78% of Americans support freedom of speech. With public support for abolishing the death tax rivaling that of the First Amendment, politicians should be shouting from the rooftops for repealing the tax.
The electoral map also shows some interesting trends particularly for Republicans. There are only 13 states and the District of Columbia that still have a death tax. Every one of these states voted for Hillary Clinton in the 2016 presidential election, most by double-digit margins. Congressional Republicans in states carried by President Trump should ponder that fact. People who are not burdened by a state death tax will thank Members of Congress who abolish it at the federal level.
Those who want to continue this century old relic are likely to say it doesn’t affect that many people; that it doesn’t raise that much money; that it only benefits the rich. What the pro-tax crowd won’t tell you is that the Joint Economic Committee has calculated that the death tax has drained more than $1 trillion from the economy. That’s a trillion dollars not being put to work creating jobs and growing the tax base. Instead, the death tax creates perverse incentives for family owned farms, ranches and small businesses to limit their growth and savings.
Consider this quote from one supporter of abolishing the death tax: “I have always believed that the death tax is politically misguided, morally unjustified, and downright un-American. It undermines the life work and the life savings of farmers and jeopardizes small-and medium-sized businesses.”
These aren’t the words of Ronald Reagan in the 1980s or Newt Gingrich in the 1990s but Sanford Bishop, a member of the Congressional Black Caucus who has represented southwest Georgia since 1993. He is the lone House Democrat today supporting the repeal of the death tax yet he bravely and brilliantly articulates the reasons this tax has to go. In doing so, Bishop is showing more courage than a lot of Republicans.
There is no reason for any Member of Congress, Republican or Democrat, to be afraid of demanding the abolition of the death tax. Doing so might draw the ire of a noisy minority of high tax activists but it will be supported by an overwhelming majority of Americans who believe it is time, once and for all, to finally kill the death tax.
James Martin is the chairman and founder of the 60 Plus Association. Pat Boone is the organization’s national spokesman.