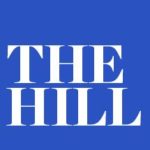 Bert Lance never spoke truer words when, as President Jimmy Carter’s director of the Office of Management and Budget, he urged the federal government to adopt the motto, “If it ain’t broke, don’t fix it.” That motto is particularly meaningful to the 42 million American seniors enrolled in Medicare Part D, the prescription drug program that is the cornerstone of their health care.

The success of Medicare Part D, which enjoys the support of nearly 90 percent of seniors who express satisfaction with it, is based on the value the program provides as a complement to Medicare’s traditional benefits. It has demonstrated an ability to keep premium increases low and to consistently beat the original government budget projections for its overall cost, a rare and remarkable achievement for any government program.

However, a proposed rule from the Centers for Medicare and Medicaid Services (CMS) regarding Part D’s pharmacy policies would seriously undermine the market-driven dynamics that make the program so successful. If enacted, these changes would expose millions of beneficiaries to higher direct costs and saddle the program with bureaucracy, waste, fraud and abuse.

Seniors enrolled in Part D plans are already highly satisfied with their access to pharmacies and nine out of 10 beneficiaries from urban, suburban, small town and rural areas say they already have convenient access to Part D preferred pharmacies.

Medicare enrollees already have choices of which Part D plans to join and CMS already has ample rules that govern easy access to local pharmacies for seniors. The proposed rule ignores the experience of both seniors and Part D plans. Part D plans are an example of how the market can work to both save money and improve consumer satisfaction. It seems the AWP proposal is little more than a poorly devised plan in search of a problem and would only add a new and unnecessary layer of bureaucracy and waste.

Congress and state legislatures are looking for ways to control prescription drug costs and the existing pharmacy networks are fundamental to this effort in the Medicare program. Preferred pharmacy networks are projected to reduce federal Medicare Part D costs by up to $9.3 billion over the next decade while CMS’ own estimates conclude that the AWP proposal will increase beneficiary premiums by as much as $28 billion, while ratcheting up government costs by as much as $82 billion over the next decade.

Key stakeholders, including consumer advocates, providers, employers, taxpayer advocates, health plans and pharmacy benefit managers agree that these proposed changes would increase costs for all Part D beneficiaries and jeopardize the safety and quality of their pharmacy services.

According to the National Association of Manufacturers, “this proposal directly conflicts with the Part D spirit and intent by adding new challenges and barriers to the establishment of preferred pharmacy networks.” The Alliance of Community Health Plans further recommends, “that CMS not limit the ability of sponsors to exclude, when necessary, a pharmacy that may have questionable motives or a unique business model that does not fit a commercially or community acceptable practice.”

Far from being “broke,” Medicare Part D is a case study in how a well-functioning, private-sector delivered benefit can save taxpayer money while providing value to seniors who depend on it.  There is no reason for CMS to fix a program that ain’t broke and the proposed new rules would make the plans less efficient and medicines more expensive.

Jim Martin is the founder and chairman of the 60 Plus Association.